The idea of wearable tech is about to take a new element to the mix by the way of fitness headphones. The latest installment of wearable technology integrates two of the top features that most of us are looking for; mobile music and fitness tracking. The new wireless fitness headphones integrate both elements that are expected to become popular for many sports enthusiasts.

The ability to track metrics related to running, jogging, working out and more while listening to music is what this new 2015 wearable tech trend will give us, and something that is expected to only grow in popularity. Bluetooth wireless fitness headphones will be featured by many of the top tech manufacturers and will be available for both Android and ios. 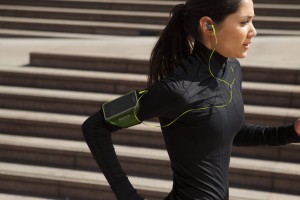 The new wireless fitness headphones are expected to extend the functionality just like many of today’s top wearable tech, but are expected to appeal to specific subset of consumers. The Dash is one such device that gives users much more control through the use of Dash and many third party apps. The apps will make it possible to track and trend metrics such as time, distance, calories burned, and much more.

The Dash is one of the top wireless fitness headphones that functions as both a fitness tracker and standalone headset. With Bluetooth technology, you can easily listen to music from your smartphone anytime, anywhere. The integrated passive sound isolation feature also makes listening much more user friendly as it’s ideal for many noisy locations and situations.

Currently, you can purchase The Dash and many other wearable fitness headphones for as little as $80. The Dash is one of the top models and currently sells for $199 in the US.