Those in China receive yet another very large treat, and this time it goes by the name of the Xiaomi Mi Note Pro. Made official during the beginning of the year, the premium Mi Note Pro is expected to appeal to those looking for a whole lot more. The official China Xiaomi Mi Note Pro officially launched right where it was created, and maintains the idea of being cheap in price, but far from cheap at all.

The China Xiaomi Mi Note Pro release comes as no surprise as those outside the confines of Xiaomi’s home country are patiently waiting for an update. With speculation the Mi Note Pro will make it to India this summer; those in other markets are waiting for the word. 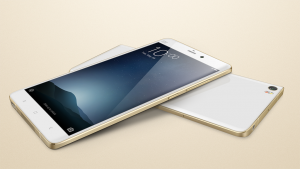 At only 2,999 Yuan which equates to only $483, it’s difficult to imagine all that gets packed into the Xiaomi Mi Note Pro. Sporting a Phablet like size at 5.7 inches with a 2K screen with a resolution of 2560 x 1440, 64GB internal memory, and the fun doesn’t stop there. Under the hood you’ll encounter a Qualcomm Snapdragon octa-core processor, 4GB RAM, and a 3090 mAh battery.

The camera specs are comparable to other high end devices including a 13 MP rear camera, 4 MP front-facing camera, and optical image stabilization. Other features include quick charging Bluetooth 4.1, Android 5.0 is pre-installed, and all other details in this full-length review.

You can purchase the Xiaomi Mi Note Pro in China from all of the top online retailers throughout the country, today.