With many people patiently awaiting the official release of the Saygus V2, we have found new information on what to expect it. With the new feature rich Android smartphone that was made official during the CES Event just weeks ago, much of the world is waiting more on the cheaper, but truly specked out Saygus V2 Android smartphone.

With new information pointing to a Saygus V2 release date only weeks ago, it’s still expected to debut in China before being seen in other markets such as Japan and India. The official announcement on the China Saygus V2 release date is expected to come at any time, but we have already heard speculation it will be seen by the third week in February. 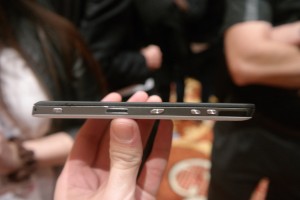 Consumers are expecting to flock once the official announcement is made, and it’s easy to see considering it will be one of the best of 2015. With specs to rival that of any smartphone this year and with a price that is expected to be more than $100 less than anything comparable, it will be interesting to see if the law of supply and demand hold up.

Official specs and features include a 5” full HD display, 3100 mAh battery, 21 MP front camera, 13 MP rear camera, optical image stabilization feature, and much more. The biggest Saygus V2 features is the 256 GB of memory which will hold more pictures, songs, apps, and everything else you can imagine.

For all there is to know on the Saygus V2 release date, be sure to check out our complete in-depth preview.