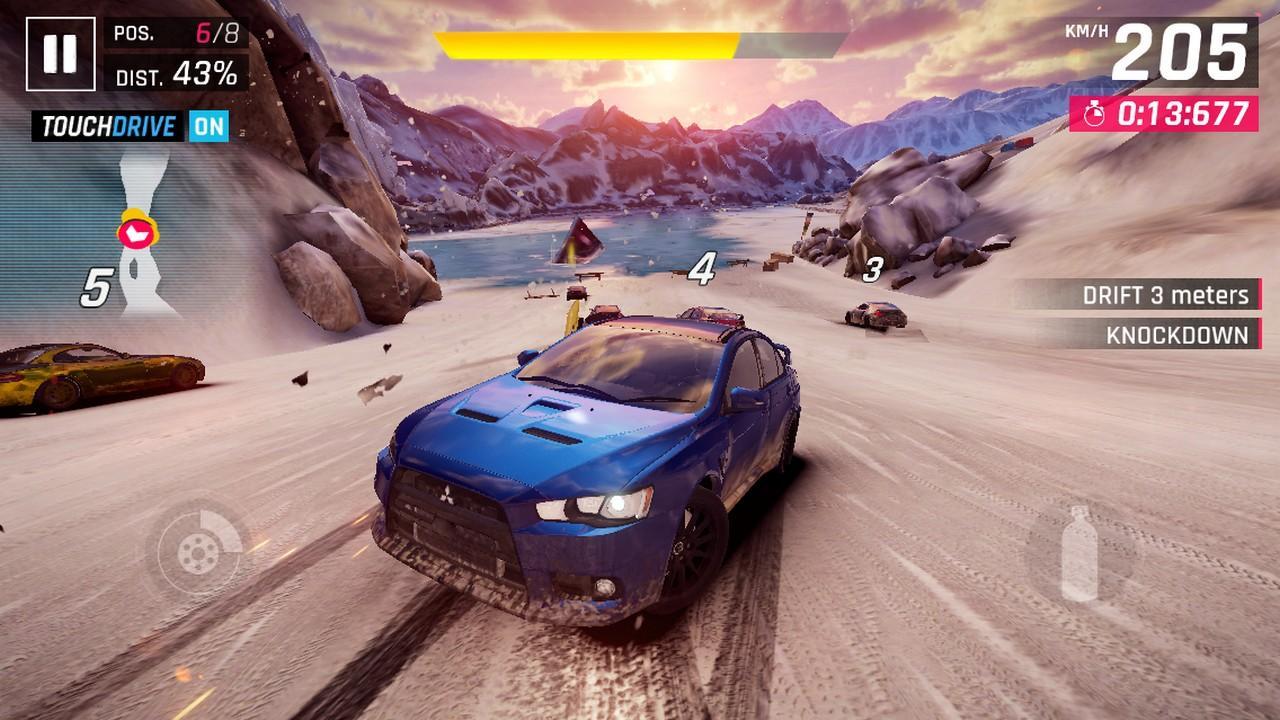 The best multiplayer Android games give you an amazing experience through stunning visuals and amazing gameplay. But more importantly, they give you and your online friends an adrenaline rushing experience. Most of the developers of today’s world incorporate the multiplayer feature in their games. However, not all of them manage to become massively popular among the gamers worldwide. With a huge number of multiplayer games available on Play Store, finding and determining the best ones can be a very difficult task. However, after making a detailed analysis of the reviews and gamer feedback, we have managed to create a list of 10 of the best multiplayer games for Android devices. Now, let’s dive in.

NBA Jam is one of the best multiplayer Android games for the basketball lovers. However, it’s not a typical basketball game. Here, you can shove and knock your opponents down. You will get rewards for your mayhem. Like any other basketball games, the player who scores the highest number of points win the game. There are four different modes, including Online Multiplayer, Local Multiplayer, Classic Campaign and Play Now. The character design of the game is pretty unique. All of the characters come with the giant heads! If you would like to get a taste of 90’s hottest arcade games, NBA Jam can be an amazing game for you.

With over 10,000,000 downloads, Hearthstone has become one of the most popular multiplayer card games of this generation. Here, you will have to win the game to collect powerful cards. You will use them to create mighty decks. Winning the game is not easy. You will have to cast spells, assemble powerful combos and implement strategies masterfully to clinch the win. However, the game is really easy to learn. Hearthstone supports both single player and multiplayer modes. There are tons of content. So, it will keep you engaged for a long time.

If you are a fan of sci-fi gaming, NOVA Legacy is the best multiplayer android game for you. Here, you will play as Kal Wardin, a veteran N.O.V.A marine. Your goal is to save humanity from alien invaders. There are a variety of game modes, including Deathmatch, Team Deathmatch and Shadow Missions, to keep you busy for a long time. You can join public lobbies or create a private lobby to play with select friends. There are lots of skins available on the game. You can use them to customize your marine. Console quality graphics, amazing gameplay and tons of content have made NOVA Legacy the best in its class.

There is nothing new to say about Critical Ops. It’s one of the best multiplayer Android games for the FPS enthusiasts. In fact, it’s one of the best mobile shooters of all time. In this game, you will have to wipe the terrorists out.  You will get the Call of Duty: Modern Warfare vibe, along with the best-of-both-world scenario of CounterStrike at the same time. The graphics of the game is console quality. The controls are really smooth. Overall, Critical Ops has everything to offer you the best multiplayer shooting experience online.

Minecraft is an evergreen game. It never gets old. Thanks to the developer’s amazing effort of making continuous updates. Here, you are dropped off in a randomly generated world. You can do whatever you want. Being able to implement strategies is crucial for survival. You will have to use your creativity to create and protect the world around you. You will have to build forts tactically to take out the bad guys. The game supports tons of free ad-ons. You can use them to create new resource packs. Great looking pixel world, huge scope for using creativity and tons of great content transform Minecraft one of the best games of this generation.

Despite being a relatively newer game, Brawl Stars have managed to achieve a huge popularity. Thanks to the action packed gameplay and easy to use control. There are various game modes. The Gem Mode is very enjoyable. Here, you get involved with 3 vs 3 battle. If you clinch the win, you will receive 10 gems. Showdown is another great mode. Here, every man fights for their own survival. The controls are pretty basic. There are twin-stick controls for moving and shooting, along with a super attack button. If you are a fan of games like Clash Royale, you will have a great time playing Brawl Stars.

If you love to shoot zombies, Last Day on Earth is the best multiplayer Android game that you can find right now. The game is set in 2027, when an unknown virus wipes out almost the entire population. Your goal is to survive by any means. You will try your heart and soul to live as long as possible. The new weapons can be crafted gradually, which the players will use for their own survival. But more importantly, you will have to build fortifications and implement strategies in a cunning way to take out the zombies. Exciting gameplay, gorgeous graphics and tons of content have made Last Day on Earth: Survival a must play zombie android game in 2019.

Fortnite is still not available on Play Store. But you can still get it from the developer’s website. It gives you pretty much the same stuffs as PUBG Mobile, but in cartoonish form. But it doesn’t make the game unrealistic. The characters still look really cool. You will jump from a vehicle and land on a remote island. Then find all the weapons, start running, take cover and hit the 99 other opponents. The last man standing wins the match. There are various exciting game modes, including solo, duos and squads. Also, the game features tons of challenges in each of the seasons. If you are a fan of Battle Royale games, Fortnite is one of the best multiplayer Android games that you must play at least once in your lifetime.

Asphalt 9: Legends is one of the best looking Android racing games out there. It offers an insane graphics. Everything from rain drops to the roads look incredibly realistic. Like the other games of the series, it gives you a crazy arcade experience, rather than being a highly accurate racing simulator. As a result, everyone can play the game pretty easily. The gameplay is very exciting. The way you can pull off a 360 degree spin to take out the online rivals is ridiculously awesome! If you are a fan of classic titles, like Burnout, Asphalt 9: Legends is the best multiplayer Android game that you can find right now.

PUBG Mobile is the best multiplayer Android game on the Play Store. It’s a massive PvP Battle Royale game. Similar to Fortnite, the 100 players will fight with each other to clinch the win. You jump from a bus and parachute on a remote island. Then take all the weapons, ammo and tactical gear. It’s not just a typical shooting game. Instead, it’s a game of taking cover intelligently to knock down the opponents effectively. As a result, PUBG Mobile is able to deliver epic experiences consistently. The controls are very simple, allowing people of all ages to play comfortably. But more importantly, it’s still free. Overall, PUBG Mobile has everything to be the best multiplayer Android game on the current market.

This is the end of our article. What do you think about our list of the best multiplayer Android games? Do you agree with the ranking? Share your thoughts by hitting the comment button.