Being equipped with significant upgrades, the Android phones of this year have become better than ever before. They are faster, more powerful and have more advanced shooters. As a result, it has become incredibly difficult for us to find the best Android phones among the overwhelming number of amazing devices.

However, after analyzing all the customer feedback and reviews of the most popular publications, we have managed to develop a list of the 10 best Android smartphones of this year. Take a look at these awesome devices. 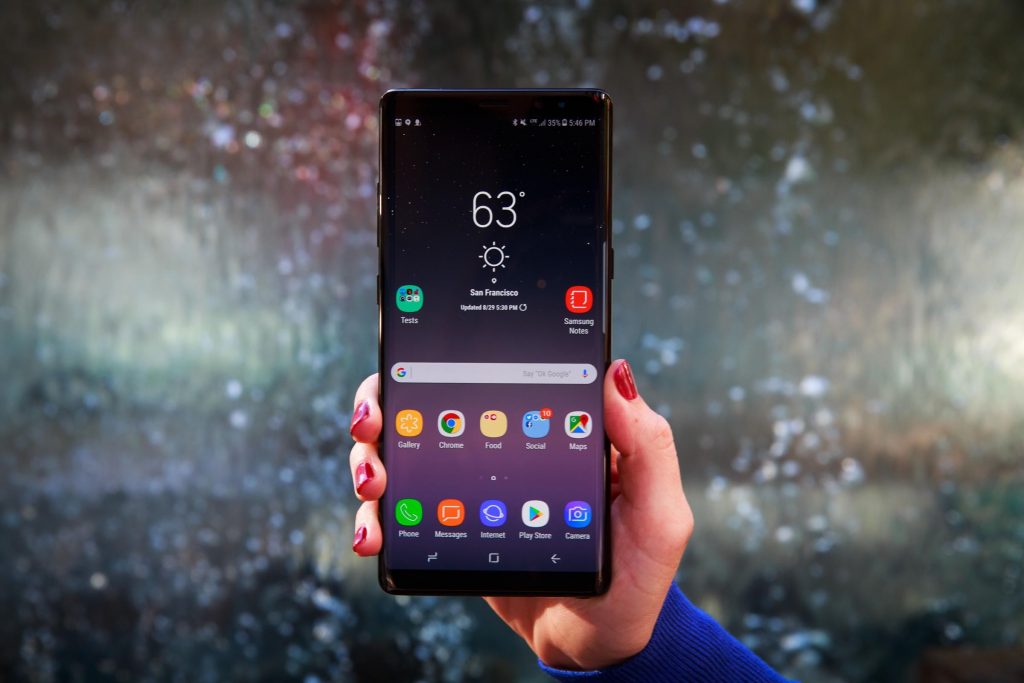 #1 in Our List of the Best Android Phones: Samsung Galaxy Note 8

Samsung promised to revive its Note lineup after the controversial issues in the Note 7 shut the entire production down in 2016. And now in 2017, the Korean tech giant has returned in full force with the Galaxy Note 8. It has come with a stunning design that can catch your attention at the very first sight. The new dual camera setup is very impressive. In terms of picture quality, the shooter is not able to perform way better than Galaxy S8 and Galaxy S8 Plus. However, with two 12-MP primary camera sensors and OIS, it is able to take stunning shots. Its performance in taking bokeh shots is also very impressive. Being equipped with the Exynos 8895 octa-core processor, 6 GB RAM and Adreno 540 GPU, it can run all the latest games flawlessly with a stunning graphics. The 3300 mAh battery is powerful enough to survive 89 hours in GSMArena’s endurance rating test. Overall, it’s an all-round smartphone. All these things make the Galaxy Note 8 the best Android smartphone of this year. 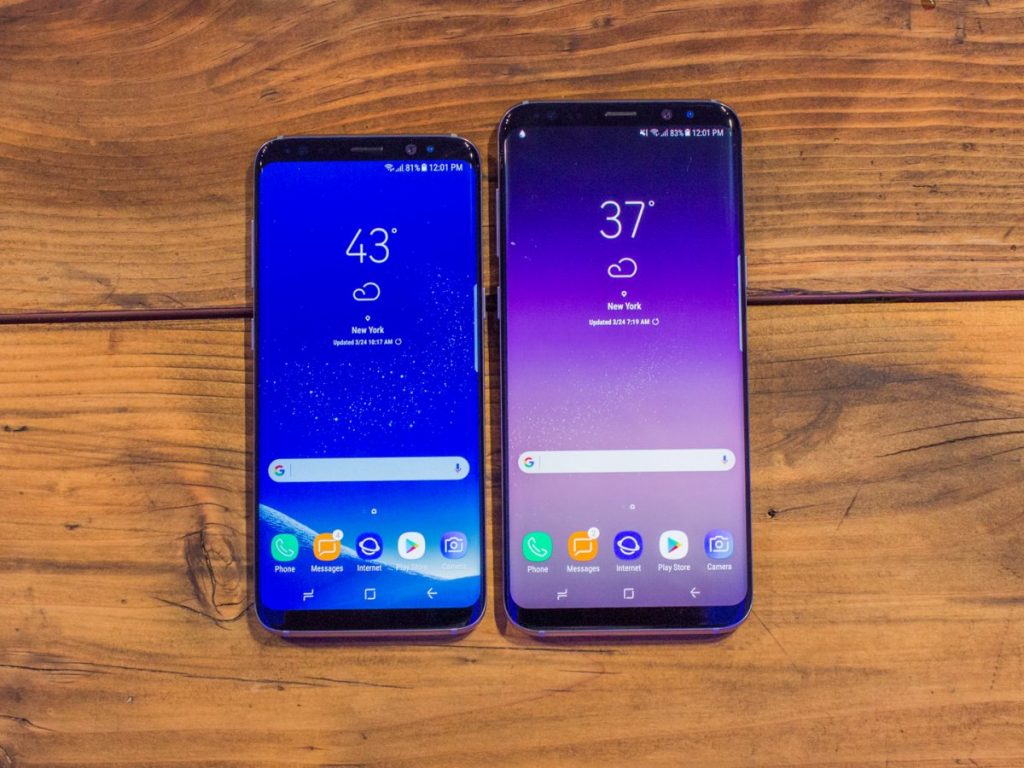 #2 in Our List of the Best Android Phones: Samsung Galaxy S8 and S8 Plus

The 2nd spot on our list goes to not one, but two different smartphones. They are Samsung Galaxy S8 and S8 Plus. They are arguably the best looking handsets on the market. The elegant curves have made them absolutely stunning. Despite retaining the same display size, the 5.7-inch Galaxy S8 have become taller and bigger. Thanks to the elimination of needless bezels around the display. The Galaxy S8 Plus also comes with the bezel-less display. The unique aspect ratio of 18:5:9 provides a more comfortable feeling on hand. Both of the devices come with the 12-MP camera, which is able to capture incredibly vibrant photos. They have also come with several unique features that help them to stand out of the crowd. For instance, by using the new Samsung DecX, you can transform the smartphones into desktop computers. Both of them support the Galaxy Gear VR headset. They have powerful hardware, which can handle VR games very smoothly. In addition, they have long lasting batteries. Overall, Galaxy S8 and S8 Plus have everything that you want from high class smartphones. 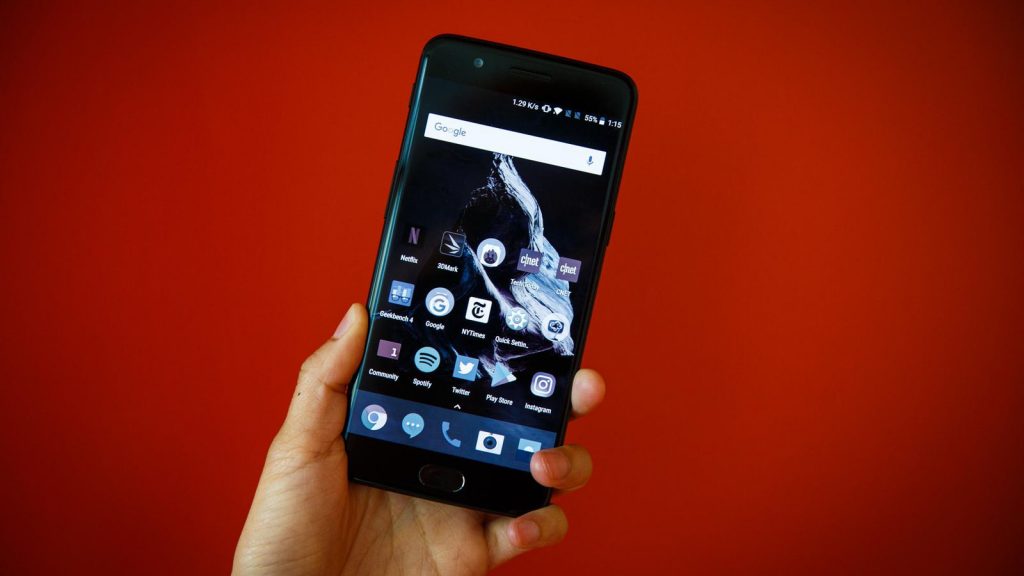 #3 in Our List of the Best Android Phones: OnePlus 5

You might be surprised to see an OnePlus smartphone in the third position on our list. Having everything to be the “flagship killer,” the OnePlus 5 gets a massive push in our ranking. It comes with the combination of solid design and a strong hardware performance. But more importantly, it is a mighty value for your hard earned money. At a reasonable price, you get an amazing phone with a dual camera setup, a sharp AMOLED display and a decent battery. Moreover, being packed with the mighty Snapdragon 835 processor and the massive 8 GB RAM, OnePlus 5 has become one of the most powerful smartphones of all time. Sometimes, the shooter might capture photos with a little noise. But that doesn’t prevent the OnePlus 5 from being an awesome smartphone. 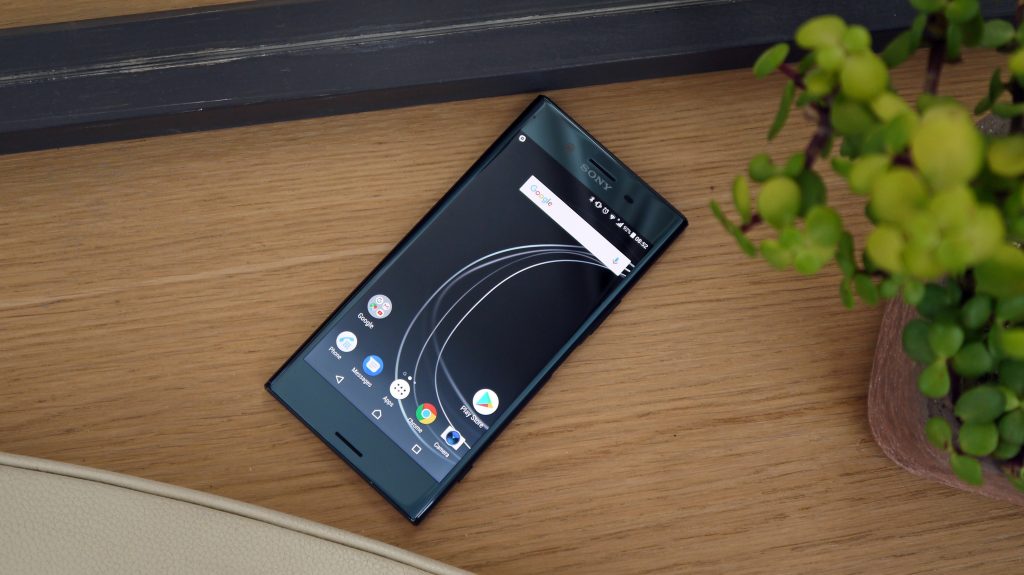 #4 in Our List of the Best Android Phones: Sony Xperia XZ Premium

In terms of look and performance, the Sony Xperia XZ Premium is a stunning smartphone. The mirror-like look has enabled it to become an elegant device. And the score of 5837 points in the Geekbench 4 (multi-core) proves that it is a super-fast smartphone. The 4K display, the good old waterproofing feature and the ability to record amazing slow-mo videos at 960 fps – it has more than enough options to steal the show. The design is not flawless, as the device is prone to collecting smudges pretty easily. But the build quality is outstanding. And you get everything at almost the same price as the Galaxy S8 Plus. So, it’s definitely a great high-end smartphone to have in 2017. 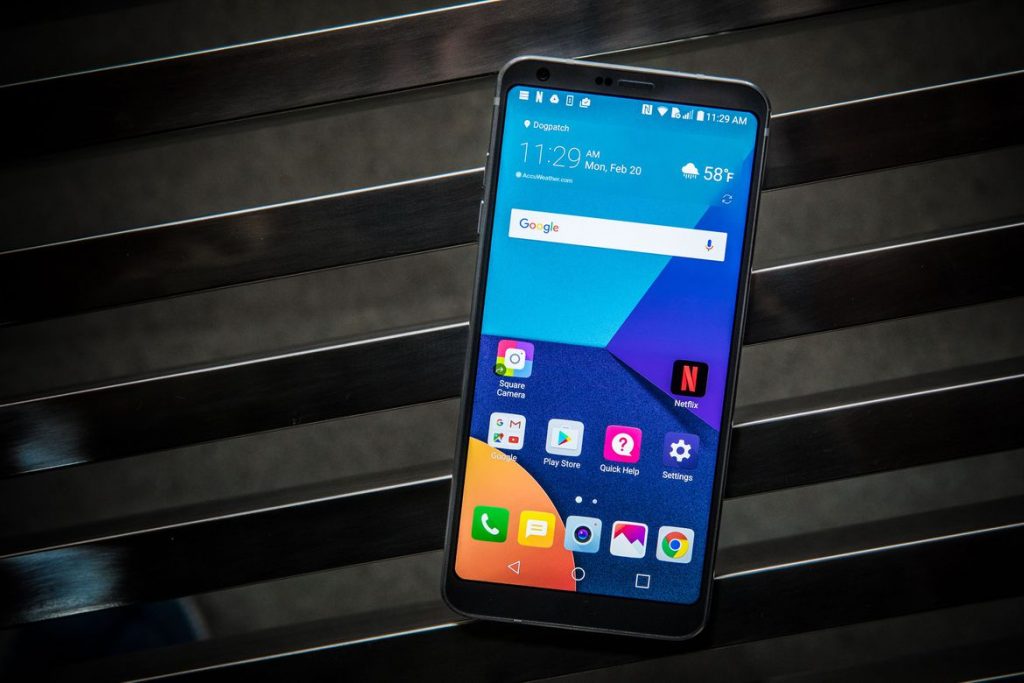 #5 in Our List of the Best Android Phones: LG G6

Eye catching design, super sharp display and impressive camera performance have made the LG G6 one of the most admired smartphones of this year. The 5.7-inch QHD display is one of the sharpest smartphone screens that we have ever seen. It literally makes everything popping out of the device! With an interesting aspect ratio of 18:9 and stylish rounded corners, it manages to draw a massive attention worldwide. However, it doesn’t come with all the latest hardware. Instead of using the latest Snapdragon 835 processor, LG has decided to go for 2016’s 821 chip. But coupled with 4 GB RAM, the device manages to show a great performance. Also, LG hasn’t upgraded the camera in a meaningful way. But on the bright side, the G6 costs you significantly less money than the new Galaxy smartphones. Considering this fact with the stylish design and the gorgeous display, LG’s flagship phone becomes a great choice for the people who wants to make the best use of their hard earned money. 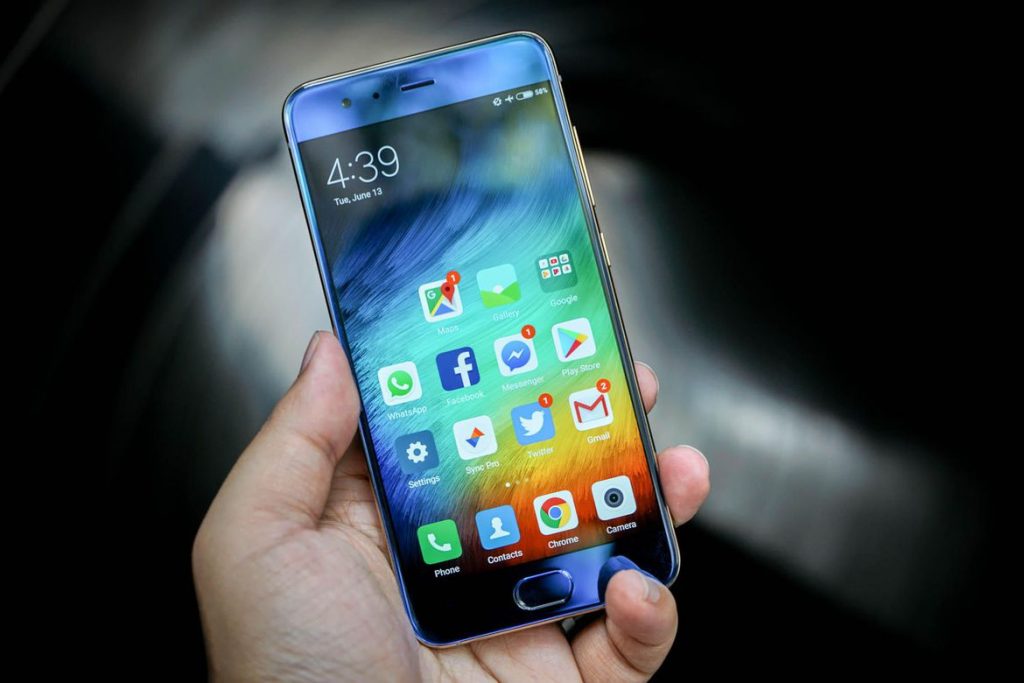 #6 in Our List of the Best Android Phones: Xiaomi Mi6

Xiaomi Mi6 is a fast-performing, well-designed device. But more importantly, it is regarded as the best Chinese smartphone on the market. And here are the reasons. The all-glass design has made it a gorgeous smartphone. It’s really hard to take your eyes off it. The phone is splash resistant. So, you can carry it to the swimming pool without any issue. The inclusion of Snapdragon 835 processor, 6 GB RAM and Adreno 540 GPU has transformed it into a powerful beast. The device also has a very credible camera and a strong battery. The display resolution should have been a bit higher. But still, it doesn’t hurt the quality. 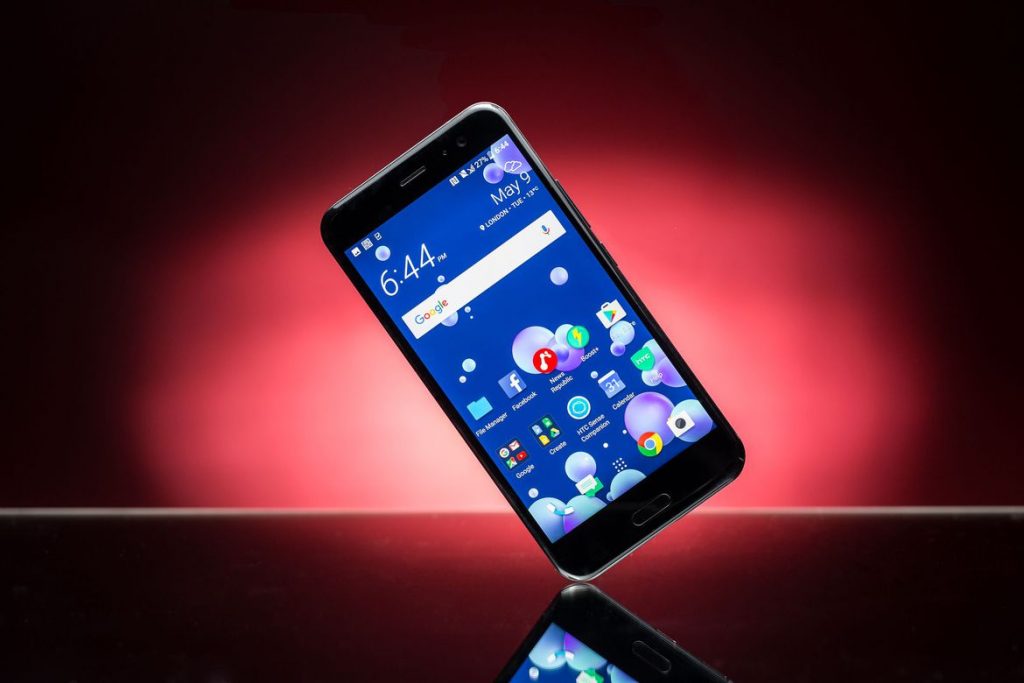 #7 in Our List of the Best Android Phones: HTC U11

HTC has been able to generate a massive buzz in the market with the new U11 smartphone. Having the eye catching glossy design, a full-day battery life and a superb hardware performance, the device is able to compete toe-to-toe with the Galaxy S8. It also shows a dazzling performance while taking shots at daylight. You will never notice any noise in the captured images. But more importantly, the camera is way better than the leading Android smartphone shooters on the market. It is currently ranked as the 4th best camera phone on the market. So, if you focus on the camera performance, the HTC U11 is the best choice for you right now. However, the camera is not the only standout feature of the HTC U11. A new feature has been introduced with the device. It is called Edge Sense, a pressure sensitive technology, which enables you to physically squeeze the device to trigger specific functions, like opening a browser or an app. Yes, it might sound odd. But according to the users, the particular system often becomes very handy. 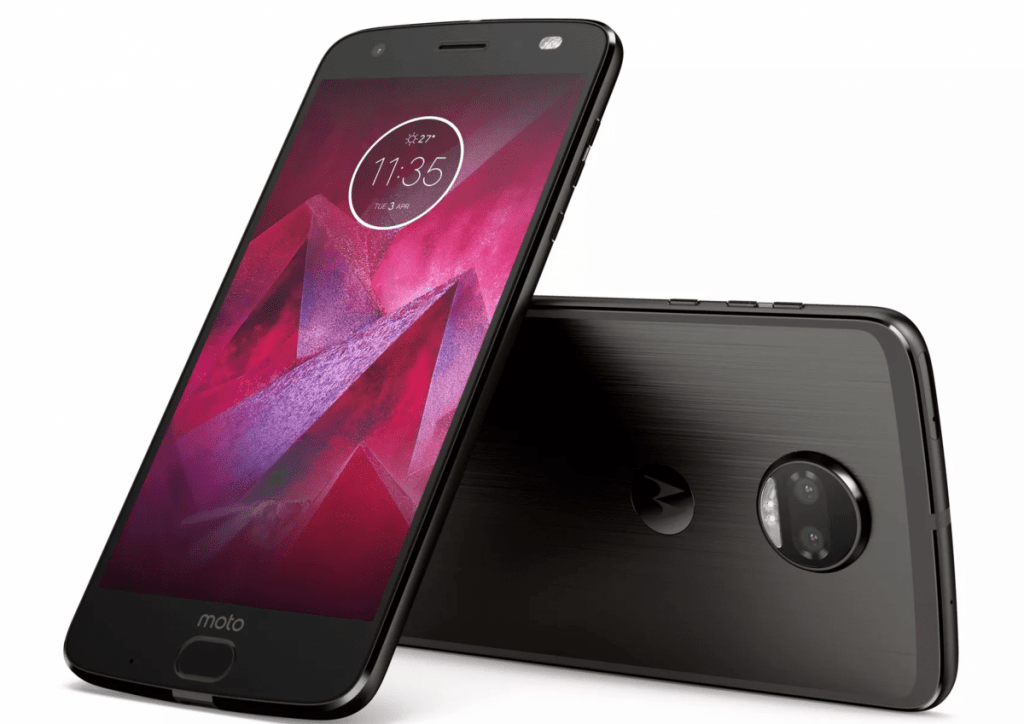 #8 in Our List of the Best Android Phones: Motorola Moto Z2 Force

With the Moto Z2 Force, Motorola has returned to the market of high-end smartphones with a bang. The device comes with the guaranteed shatterproof display. So, you will never have to worry about getting the screen shattered due to the accidental drop. The phone supports a number of new Moto Mods, including a 360-degree camera. It has become significantly slimmer than its predecessor. As a result, it looks more stylish. However, the thin design has forced Motorola to use a relatively slimmer battery, which is not as powerful as the other flagship phones on the market. It can barely last a full day. However, you can use the battery mod to bring it back to life. 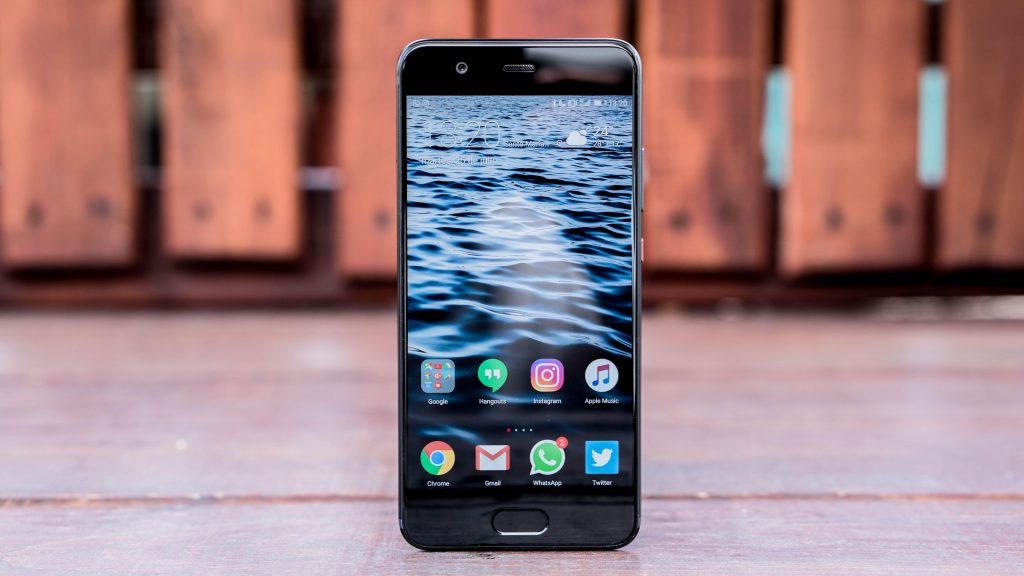 #9 in Our List of the Best Android Phones: Huawei P10

Huawei has included all the necessary upgrades to make the P10 feel like a massive step up. Its 5.1-inch display is very vibrant. The inclusion of the upgraded hardware has transformed itself into a beast. The score of 6069 points in the Geekbench 4 (multi-core) test says it all. The camera is amazing. It captures images with accurate colors and a high level of detail. Its 4K video recording ability is outstanding. The only downside of the camera is the lack of autofocus. The battery performance is pretty decent. It lasted 75 hours in GSMArena’s endurance rating test. 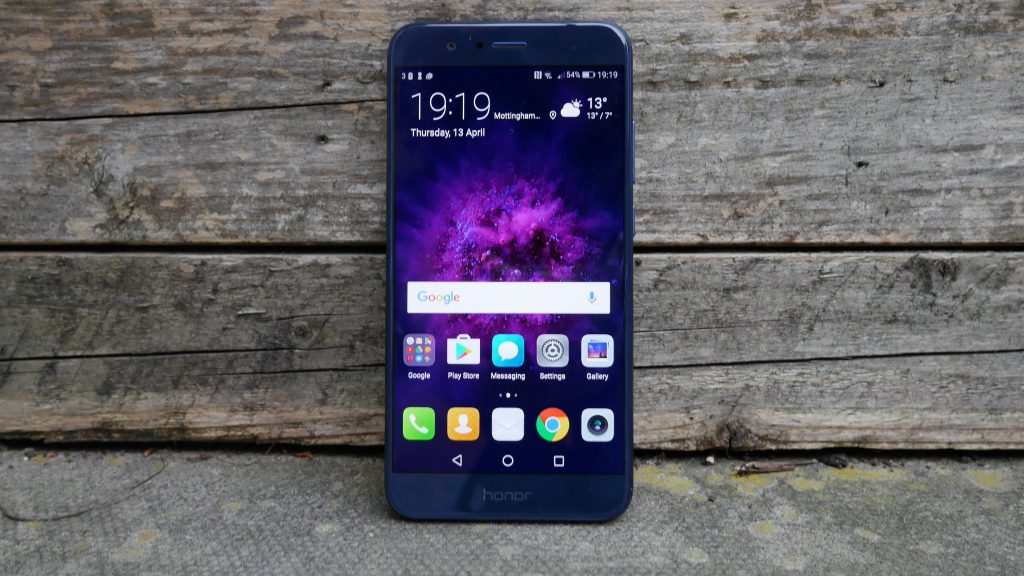 #10 in Our List of the Best Android Phones: Huawei Honor 8 Pro

If you are looking for a gorgeous, high-end smartphone at a relatively low price, the Huawei Honor 8 Pro is the right choice for you. It comes with the octa-core processor, 6 GB RAM and a super-fast fingerprint scanner, which helps the device live up its name. The 5.7-inch LTPS IPS LCD display offers punchy colors and a superb brightness. The camera performance is pretty good. The contrast level in the captured images is outstanding. The colors look very accurate. In addition, the battery offers a solid performance. You can’t find a better smartphone at £474.99.