The Lollipop roll-out has been spotted on one of the top selling smartphones on the market today as the Galaxy Note 4 is one of the latest to receive Android 5.0. Many of the top carriers in Australia including Vodafone, Telestra, and Optus have begun updating their Note 4 line-ups to the latest Android 5.0 Lollipop operating system, but recent issues have slowed down the progress across the country.

The Australia Samsung Galaxy Note 4 Android 5.0 operating system update was first spotted through Optus, but there have been numerous problems with the install which have prompted the cell carriers to take notice. The recent problems in Australia have also been spotted with other carriers worldwide including here in the US, but recent updates by Verizon and Sprint seem to have fixed their initial problems. 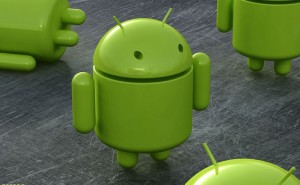 Some of the problems being reported by Australia carriers for the Galaxy Note 4 Android 5.0 update include:

With the numerous problems being seen by the Australia Samsung Galaxy Note 4 Android 5.0 update, many carriers have since pulled the update. The on-going delays is necessary to assure that the cell carriers in Australia make sure that Android 5.0 is fully compatible with their specific versions of the Note 4.

While some consumers are getting leery of updating their current operating systems, Vodafone, Telestra, and Optus are working hard at fixing the current problems. Not all consumers are experiencing the same problems, and if you are looking to get 5.0 sooner rather than later be sure to back up your device prior to installing the update.

Vodafone looks to be taking their time with 5.0 as their working directly with Samsung to resolve the current issues as most carriers from around the world are blaming the tech manufacturer. Stay tuned for more info including the word when it’s safe to install the Australia Samsung Galaxy Note 4 Android 5.0 Lollipop operating system as we’ll bring it to you as soon as we get it.