Mobile payments gives us the peace of mind for quick, secure, and very convenient payment options when shopping. Two of the biggest names in the tech industry are about to square off with the upcoming launch of Android Pay and the current pioneer Apple Pay. When looking at what both have to offer their pretty similar on the outside, until the latest announcement by Google that sort of tips the scale.

Google just announced that users on Android Pay using debit cards won’t have to pay anything, at all. This is contrast to what Apple charges debit consumers that equals .5% and .15% across all transactions. While a ½% doesn’t sound like much, think about what Apple is making on the grander scale totaling all debit card transactions. 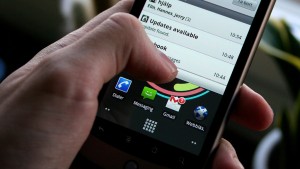 This difference between Android Pay vs Apple Pay are being made possible in conjunction with both Visa and Mastercard. Both have recently set up standardized tokenization which is a security feature that allows for the swapping of personal data in a coded form of numbers.

This means retailers won’t get any personal information from the Visa and Mastercard which ultimately reduces the risk of online theft. This savings is then passed onto the consumer which is why Google is able to charge 0% for Android Pay transactions.

Most believe this will ultimately force Apple to do the same as this significantly gives Google the leverage in the mobile payment sector. Apple is currently under contract with the financial institutions, but the contract can be revisited here in the couple of years once it’s up.