Android 10, Google’s latest mobile operating system, is finally here. It comes with tons of new features. Similar to iOS 13, it comes with gesture navigation, along with Smart Reply for all messaging apps. The Focus Mode shuts down all the apps that causes distraction. Also, Google has finally included the highly anticipated dark mode – a system wide feature that the Android users have been waiting to see for a long time.

What else is new with the new operating system? Does it support your phone? You will find all the details right here. 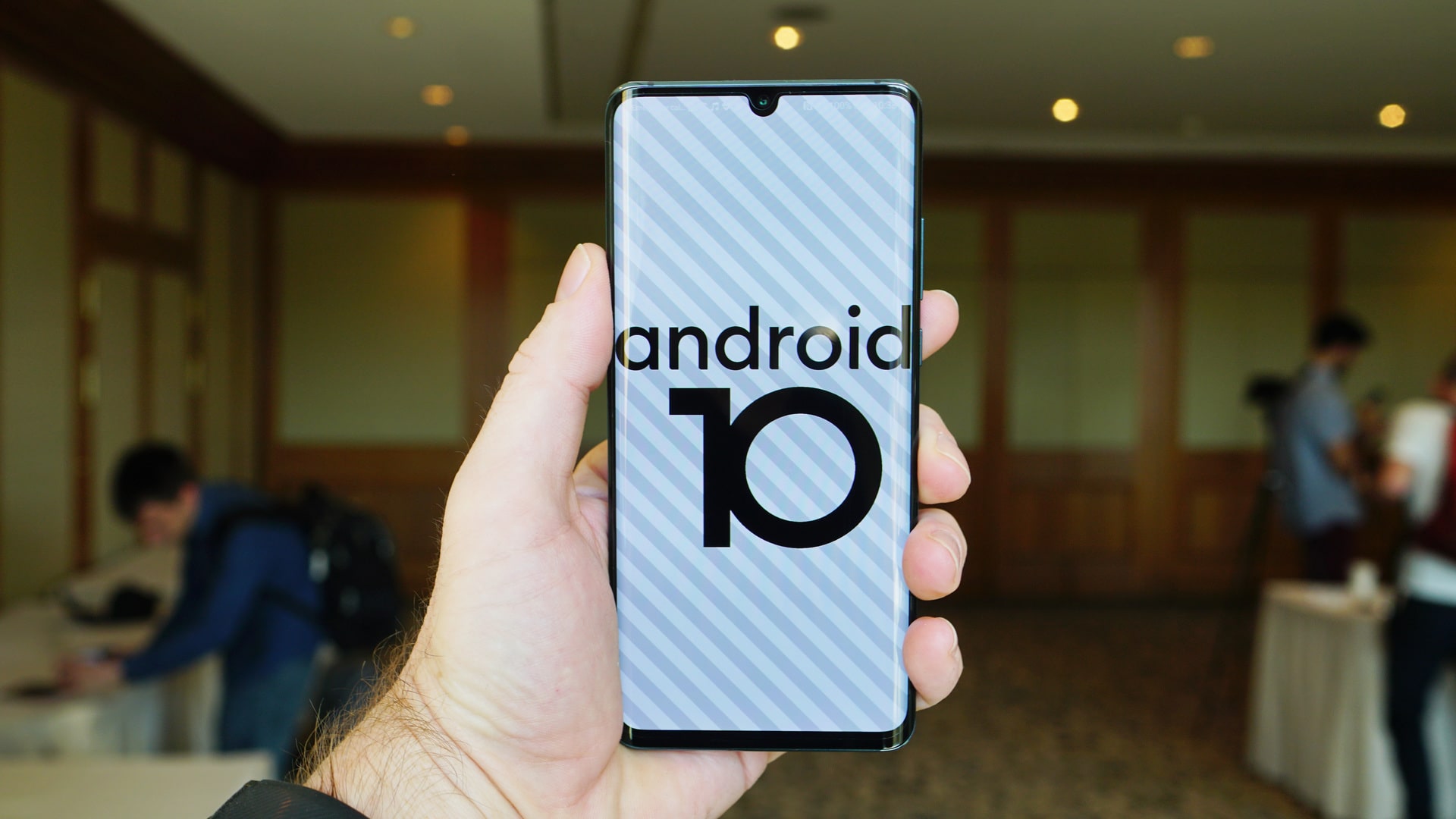 Android 10 is the newest version of Google’s mobile operating system. With numerous changes to privacy and security, it is capable of delivering significantly better protection, transparency and control over the data. Also, it makes your life a lot easier by offering features, like Smart Reply, which are powered by on-device machine learning. 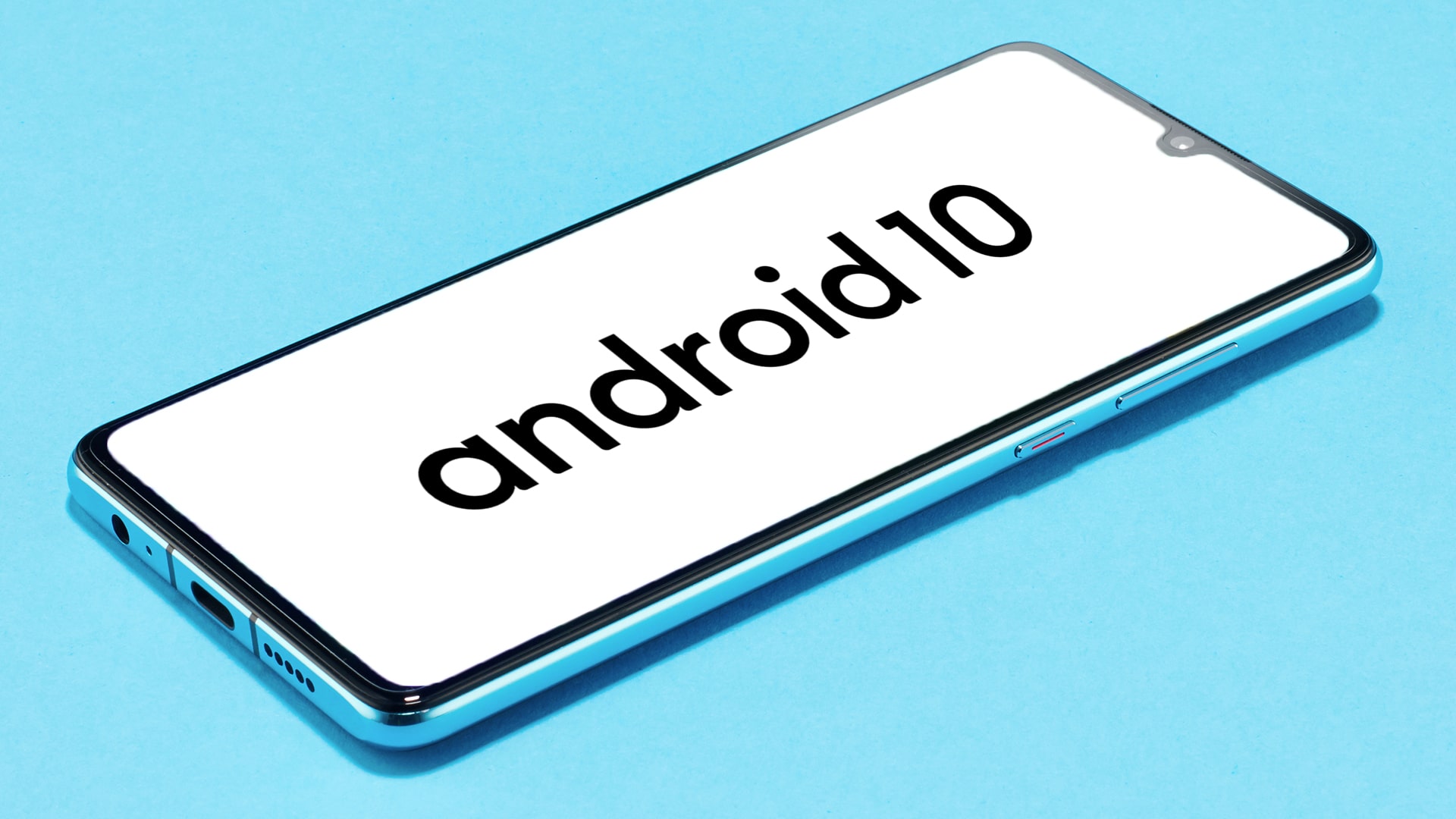 After revealing the public beta in March last year, Google released the final build of Android 10 for the masses on September 3, 2019. Initially, it was released for only the Google Pixel phones. But gradually, it was being made available for the smartphones of the other brands, including one-place.

The Name “Android Q” being Ditched in Favor of Android 10

Earlier, Android 10 was rumored to be named as Android Q. However, Google decided to ditch the dessert name. After hearing feedback from the developers and the users all over the world, the company feels that the dessert names are not being well-understood by everyone in the community. So, it comes with “Android 10”, which is much easier to interpret.

Google’s new mobile operating system is full of new features. They can take your mobile experience to a whole new level. Here are 10 of the newest key features: 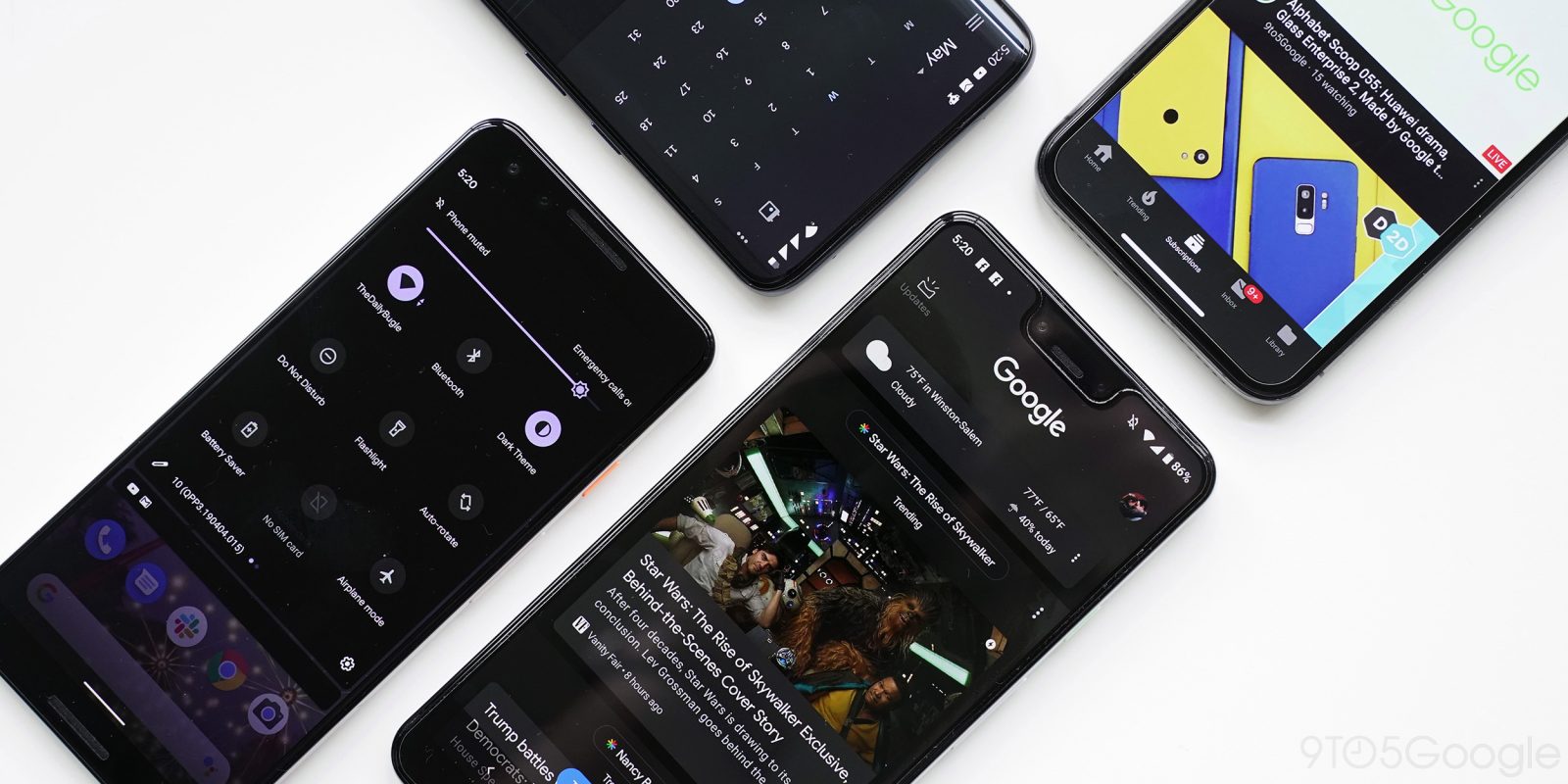 Users around the world have been asking about the inclusion of Dark Theme for a long time. Finally, Google has answered. Introduced in Android 10, the Dark Theme makes the entire system a dark hue. It makes easier for the eyes to look at the display inside the dark room. Also, it can save battery life, particularly on phones with OLED displays.

Activating the Dark Theme is really easy. You just need to pull down the Quick Settings tile. Also, the dark mode is automatically enabled whenever the battery-saving mode is turned on. At launch, the feature was expected to be limited to only Google’s own apps, like Gmail and Photos. However, Google has already created a new API, allowing the developers around the world to incorporate it in their apps. So, whenever the Dark Theme is activated from Quick Settings tile, the apps will go to the dark mode. 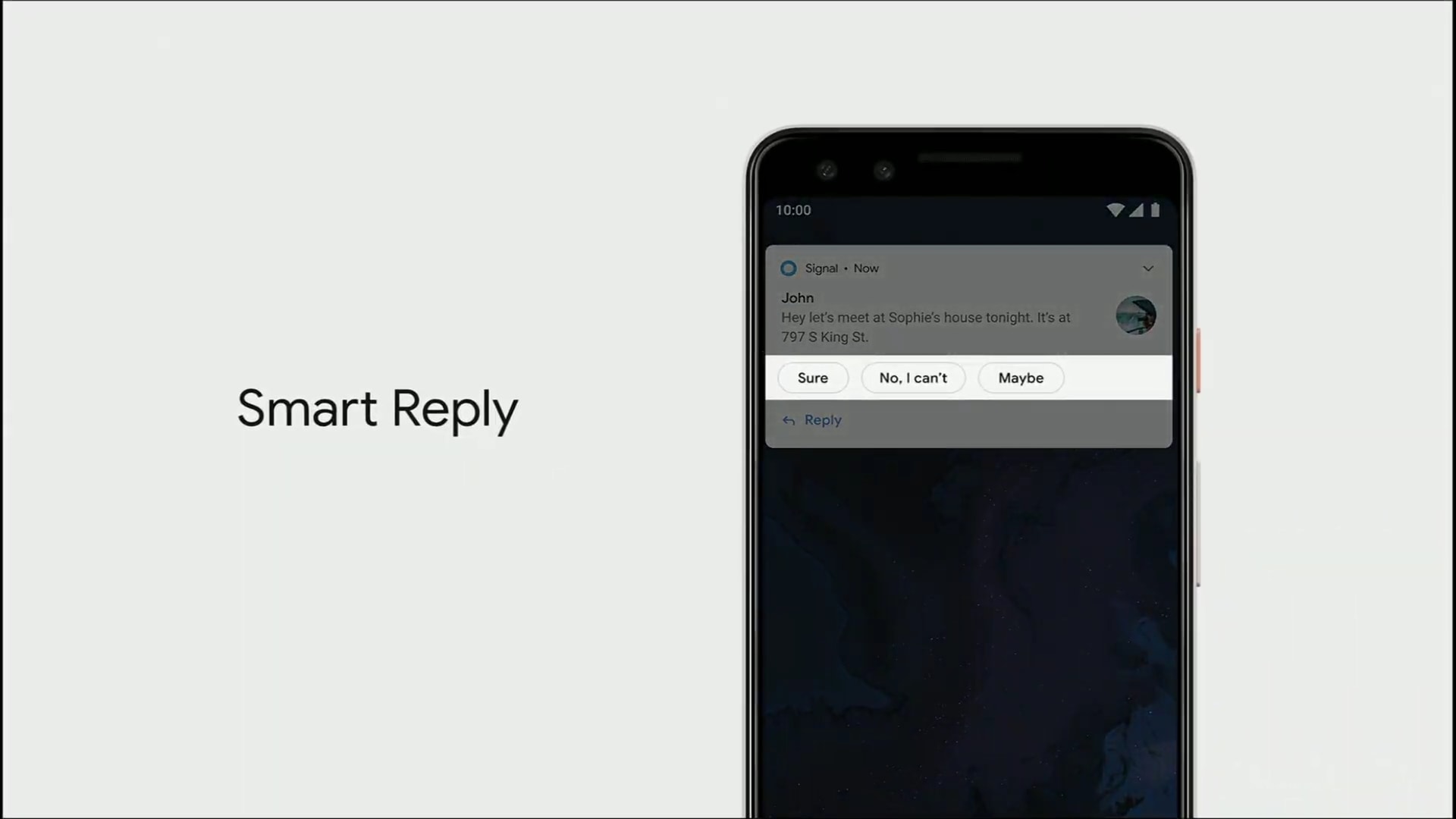 Smart Reply is one of the best features of Android 10. It predicts what you are going to type in response to the incoming message. Earlier, it was available for only apps owned by Google. However, it is coming to all the messaging apps on Android 10. As a result, you will get suggested response in Facebook Messenger, WhatsApp and Signal. Also, Smart Reply utilizes machine learning to suggest three short responses, like a thumb up emoji. Overall, it is one of the smartest and coolest Android Q features. 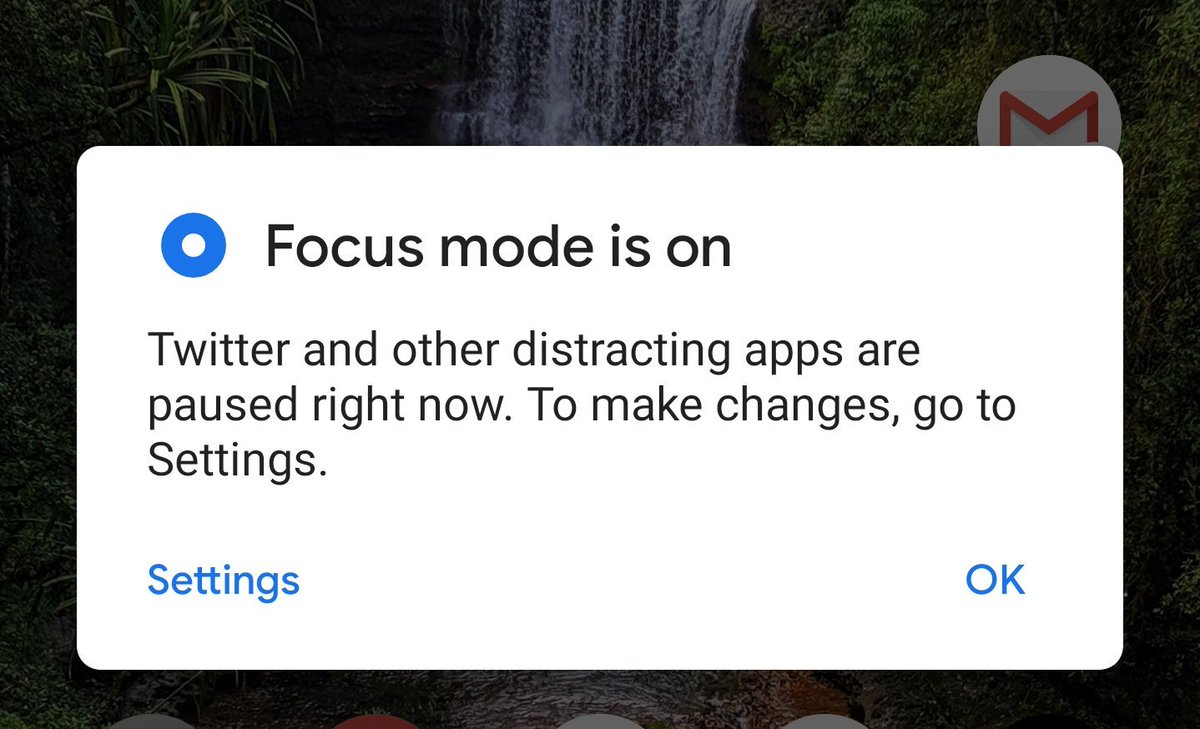 Get Rid of Distracting Apps with the Focus Mode

Apple has introduced a new feature in Digital Wellbeing suite of tools. It is known as Focus Mode. It helps you to focus on your work without being distracted. The feature allows you to select specific apps, like WhatsApp, which you want to avoid during the time of your work. Once selected, the apps will be grayed out and paused. They will not be able to send you notification. By utilizing focus mode with other tools of the Digital Wellbeing, including app timers, the do-not disturb mode and notification controls, you can easily find a great balance in your work and get things done with a complete focus. 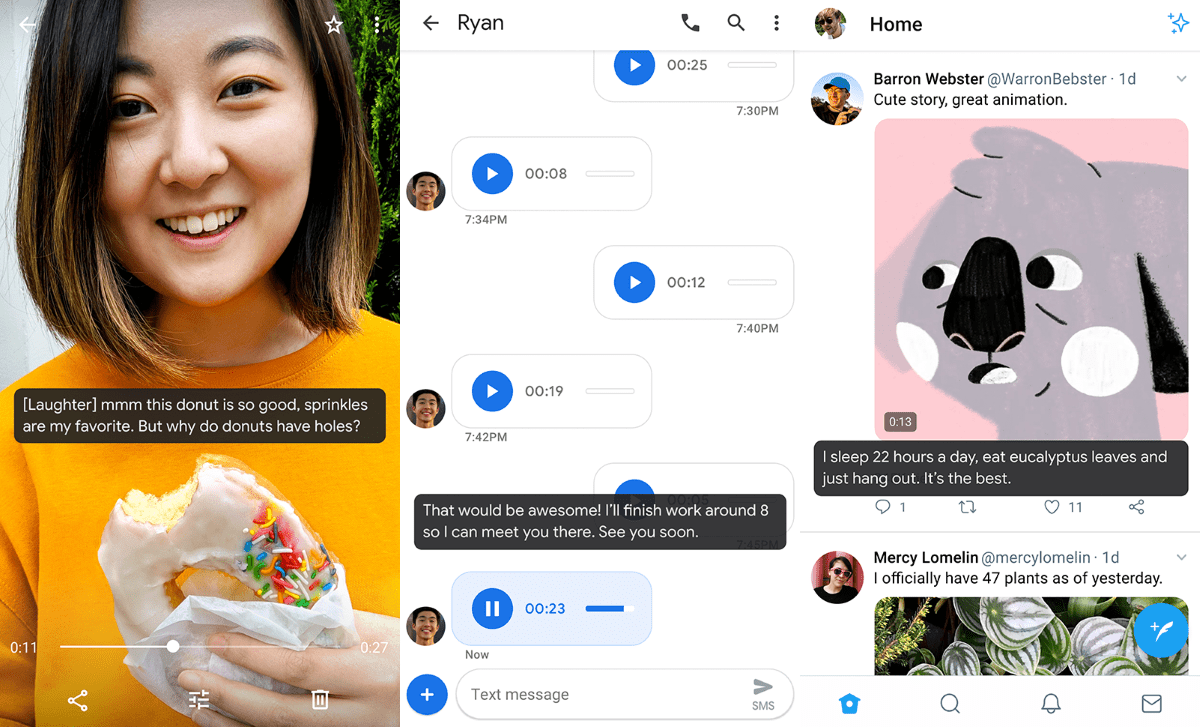 Live Caption is another cool feature. As the name suggests, it automatically adds subtitles to videos, podcasts and audio messages in real-time. Thanks to the application of the machine learning technology. The subtitle appears as soon as the feature detects the speech. There is no need to connect your phone to Wi-Fi. Live Caption transcribes the text from your smartphone’s own NLP and speech recognition system. 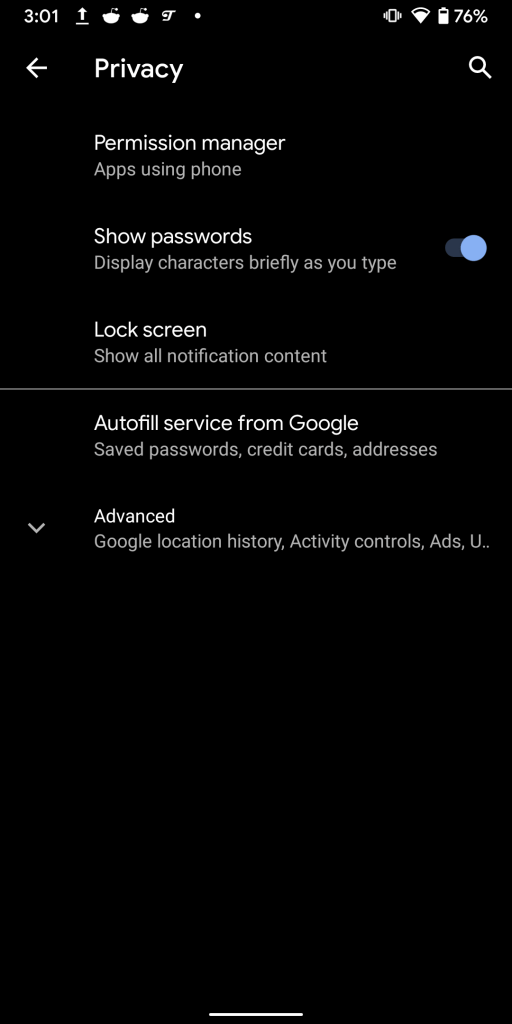 Android 10 comes with a new dedicated location section in the privacy settings. It gives you more control over the location data you share with apps. Also, the new mobile operating system has been packed with enhanced privacy features, allowing you get more control over shared files and repositories. All the privacy settings, including app activity and app permissions, are in one place. So, you can get the access to all the features quickly and easily. Also, you can opt out of ad retargeting and personalization. Moreover, the users can control the way the apps get access to the external storage. Thanks to the inclusion of Scoped Storage. All these things provide you with a significantly better privacy protection than Android 9 Pie. 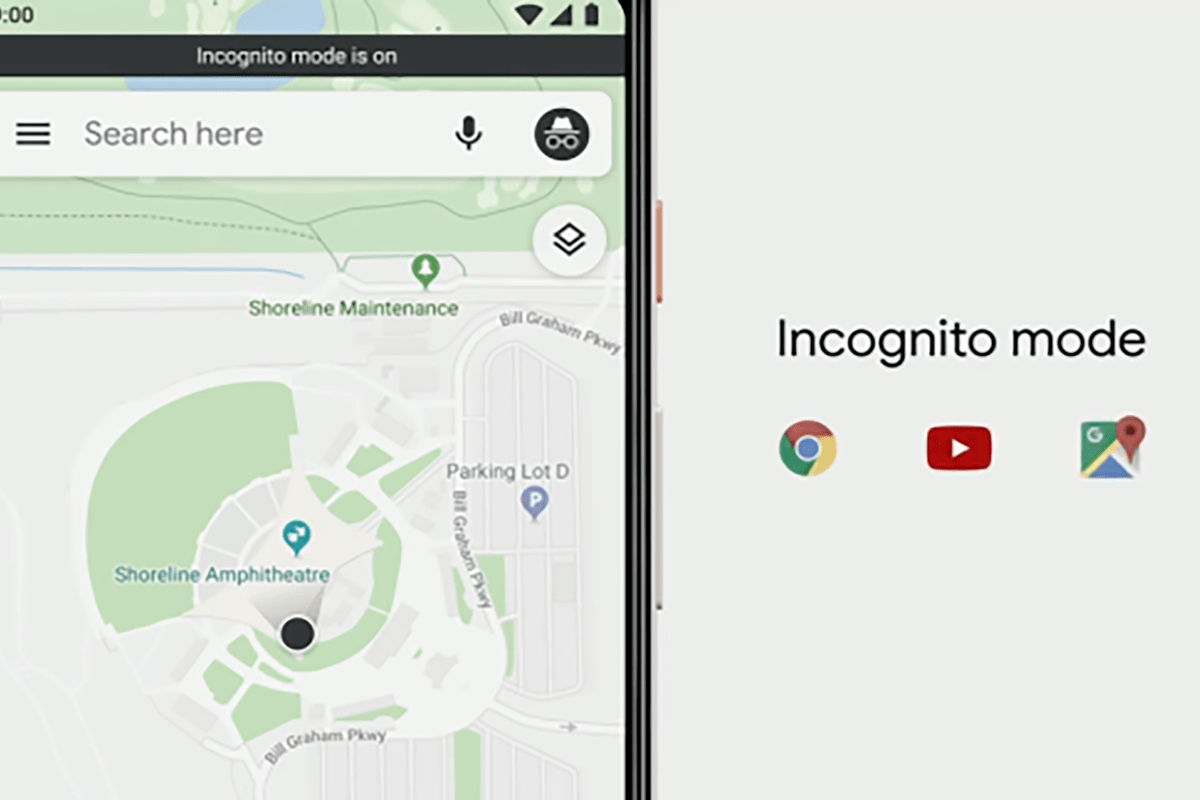 Incognito Mode is a massively popular feature in the Chrome browser and the YouTube app. Now, with the introduction of Android 10, it comes to Google Maps. When turned on, you can search and navigate the places in private. So, the data will not be saved in the Google account. You can activate the incognito mode by tapping your profile picture in the search bar on the top of the Google Maps.

Monitor Your Child’s Activities with the New Parental Controls

Google has enhanced parental control with the new Family Link feature. It allows the parents to monitor and manage the child’s activities on the phone. You can set screen time limit. Also, you can create a specific restriction for app installs. Moreover, Android 10 allows the parents to check the location of the kids’ devices. To use these new parental control features, you just need to link your account with the phone of your child. It’s really simple to set everything up. 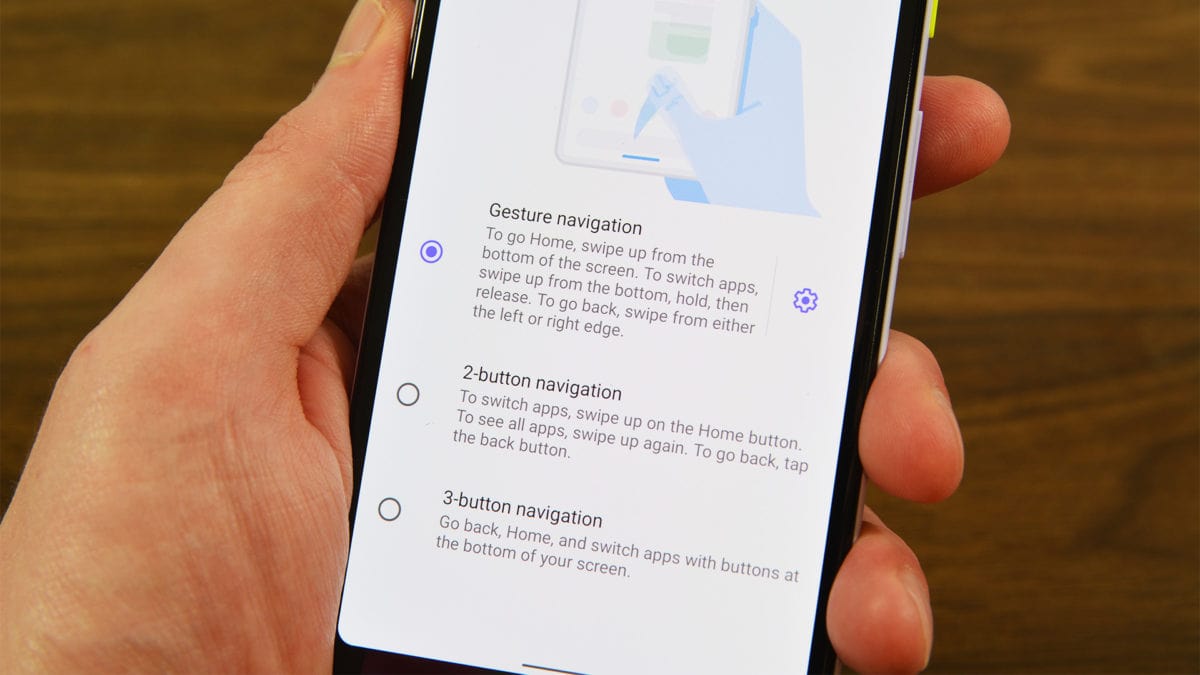 Navigate Through Screens and Menus Easily with Gesture Controls

The Android 10 features the new gesture controls. Now, you can swipe up from the bottom of your screen to go home. Swiping from left to right will take you back. So, you don’t have to tap the button on the navigation bar, which has been trimmed in Android 10. To get access to the recent apps, simply swipe up and hold. It’s not the first time that we are seeing the gesture control feature in a mobile operating system. You already have seen it with the iOS. Nonetheless, it’s a welcome addition for the Android devices. 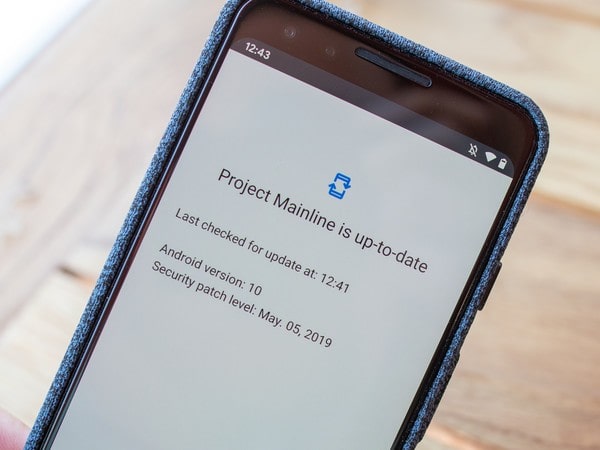 Project Mainline is one of the most important features of Android 10. It allows Google to send security updates directly to Android phones through the Play Store. The updates run in the background and automatically load when the device starts next time. So, you are no longer forced to go through the full-system reboot. Also, there is no need to wait for getting the system update from the phone manufacturer. So, you can get security updates faster than ever before. 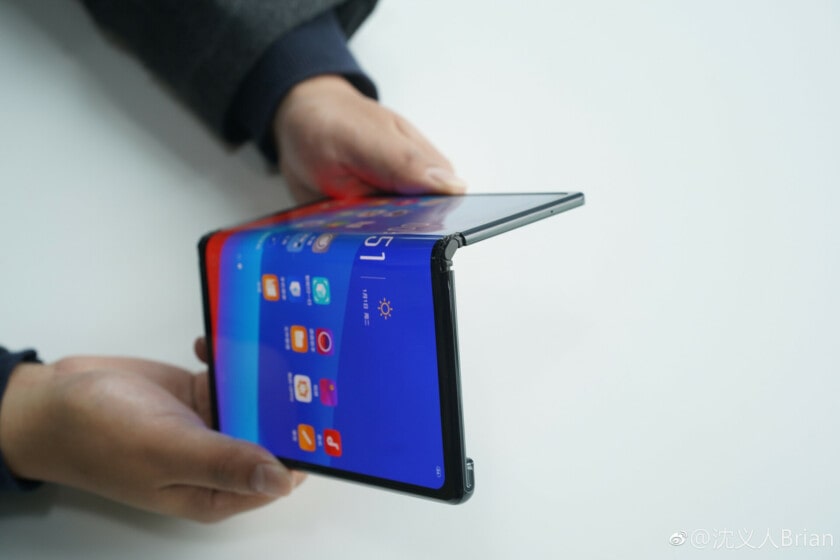 Support for Foldable Devices and 5G

The Android 10 supports all the current foldable devices. Google has made several changes, allowing the operating system to run all the apps flawlessly while folding and unfolding the gadgets. Thanks to the developers great effort for optimization. Also, the Android 10 will be compatible with 5G. With the new APIs, the apps will be able to determine the user connection rate and latency. It will allow the developers to optimize the data transfer rate during poorer connections. 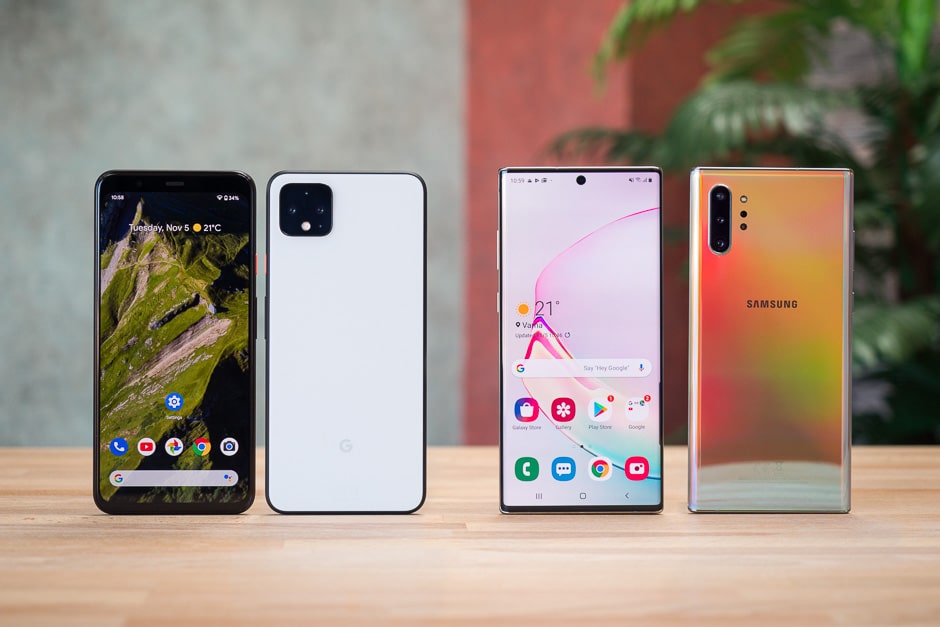 Android 10 Phones: Which devices have received the update?

Does your handset support the new operating system? Take a look at this list of phones that have received the Android 10 update:

This is the end of the article. We will publish more articles on the news, updates and features of Android 10. So, do not forget to check our website regularly.