Google Glass was supposed to totally change how, what, when we could view by wearing a pair of glasses, but since its debut a couple of years ago the idea seemed to disappear. Every now and then something new gets brought up, and now we’re hearing something promising if looking for a Google Glass alternative. 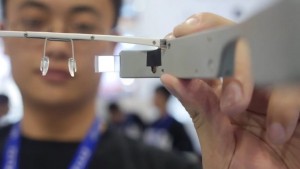 In itself, the price will be enough to make many consumers take notice despite no official name as of yet. What we do know in terms of the specs of the Allwinner smartglasses is it’s likely to feature their own A33 SoC and optical prism optic technology. You’ll be able to tether the smartglasses using both Bluetooth and Wi-Fi connectivity to get message alerts, GPS, and other data points.

No official release date has been given for Allwinner’s Google Glass alternative, but we’re fully expecting it to debut in China and other Asian markets before being released to markets globally. We’ll be bringing you the latest as soon as we get it.