Those rocking the 1st Gen Motorola Moto X are starting to see the first sighting of Android starting with three countries as of right now. Users in the US, Canada, and Brazil have reported the sighting starting this morning, and as of right now, everything’s going as expected.

If you live in the US, Canada, or Brazil, you may have woke up this morning seeing the on-screen install option. If not, don’t worry as OTA updates typically take a week or so to rollout to all handsets. Rogers in Canada has confirmed the 1st Gen Motorola Moto X Android 5.1 update is currently underway. 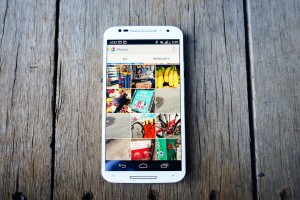 Earlier in month we reported the 2nd Gen Moto X is getting 5.1 from Android 4.4.4. Motorola is one of the manufacturers to skip Android 5.0 and move straight to 5.1 due to many glitches and bugs reported with the initial Lollipop update.

Of course, it’s recommended to update to 5.1 over a Wi-Fi connection for the best outcome and significantly less time, and it’s also best to update your handset prior to updating. The update brings Google’s Material Design, Quick Setting improvements, improved battery efficiency, flashlight option, Recent Apps screen, option to create more than one user account, and much more.

For more info, you can head over the official Motorola page and get all the specifics on the Moto X (1st Gen) Android 5.1 update through this exclusive source link.